'Nicholas Would Have Been Proud'

Leaning across the lace-covered dining table, Andrea Mongiardo talks quietly but intently about his new job, chopping the air with delicate, porcelain-white hands to drive home a point. "I help my uncle," he says. "We manage a block of flats." With a mop of black hair crowning a slight, five-foot-three-inch frame, Mongiardo talks of his career plans while the sound of honking horns drifts up from the street into his family's flat on the outskirts of Rome. In his spare time, the 24-year-old adds, he walks in the nearby parks or swims in the local pool. "Best of all, I've finally got my driving licence."
Listening to the enthusiastic young man, his 75-year-old visitor, Reg Green, a former Fleet Street journalist, smiles wryly. "Bravo Andrea! And is there a girl in your life?" A broad sash of crimson lights up Andrea's cheeks. "Well..." he begins. Green laughs. It's a simple conversation, but remarkable all the same. Nine years ago, Andrea Mongiardo lay critically ill in a hospital in Rome. His skin was blue, his cheeks sunken. The malformed heart that had stunted his growth and often kept him bedridden was now killing him.
Doctors didn't expect him to survive more than a few weeks. Then, on October 1, 1994, a seven-year-old boy died in Messina, Sicily. His heart was rushed to Rome and transplanted into Andrea. One day later, colour returned to the teenager's face. Within weeks he was walking and putting on weight.Recently, he had an electrocardiogram. "I am always a bit apprehensive. But the doctor said, 'Relax Andrea, your heart is perfect.' "
Reg Green reaches over and rests a hand on the young man's shoulder. Then he hugs him. It is the heart of his son Nicholas that rescued Mongiardo from certain death nine years ago. "Yes, Andrea," he says, blinking away tears, "it was a good, strong heart. And now it's your heart."
You may remember the story ["The Boy Who Lived For Ever"]. Nine years ago, it made headlines—and broke hearts—around the world. Highway robbers shot Nicholas Green, a freckle-faced, tousle-haired boy from northern California, as he and his family drove through southern Italy on holiday. He died two days later...
( click here to read the entire story)
Newer Post Older Post Home

Robert Kiener
Robert Kiener is an award-winning writer. For more than four decades his work has appeared in a wide range of publications from Reader's Digest to Time-Life Books to the London Times and the Christian Science Monitor. He has been based as an editor and staff writer for Reader's Digest in Hong Kong, England, Canada and now the USA. He has also been a correspondent for Asia Inc. and Business Tokyo magazines in London and Washington D.C. and a Contributing Writer for Congressional Quarterly Press. Using the same reportorial and investigative skills he developed as an internationally-acclaimed journalist, he also writes, edits and consults on editorial branding and marketing matters for a select group of private, commercial and institutional clients. He is presently based in Stowe, Vermont. EMAIL: RobKiener[AT]AOL.com; Tel: 802-253-296three 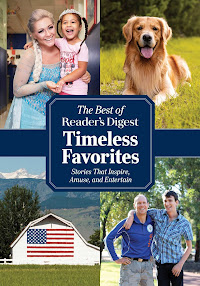 My Reader's Digest article, "50 Seconds From Death," which has run in more than 30 countries, has been included in the 2022 book, "The Best of Reader's Digest: Timeless Favorites." For more information click on the picture.

I won two first place awards in the "Human Interest Feature Story" and "Local Personality Profile" categories in the April, 2021 NENPA competition. Regarding the first award, the judges said: "Robert Kiener’s take on Vermont sheep farmer Bambi Freeman showcases the best writing in the human interest feature category, head and shoulders above other entries. Young reporters could learn much here. It’s clear that Kiener is not only a superb writer, but a keen observer as well – with details that jump off the page and bring this feisty octogenarian to life. He is particularly skilled in employing quotes – with restraint, yet always positioned for maximum effect..."

My profile of Olympic champion skier Billy Kidd won a first place award in the 2020 New England Newspaper and Press Association's (NENPA) annual contest. The judges said, “Bright writing and skillful juxtaposition of Billy Kidd in his heyday and today make this a can’t-put-down profile — even if you’ve never strapped on skis.”

As a Contributing Writer for Washington DC-based Congressional Quarterly Press, I have written more than a dozen 10,000-word reports on a variety of international issues. Subjects I have covered include: North Korea, Pakistan, Honor Killings, Children at Risk, Wildlife Smuggling, Gendercide and more. Some of these reports have been reprinted as chapters in the Sage Publications book series, “Selections From CQ Researcher.” (Click on the above book for an example of one of my CQ reports.) 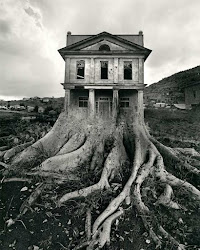 Sadly, the innovative photographer Jerry Uelsmann died this year at 87. Click on his picture for my profile of him. 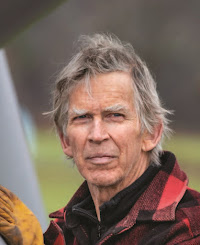 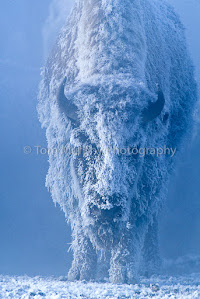 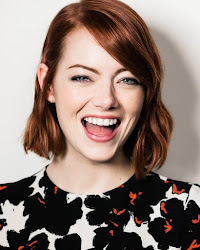 My profile of former Boston Red Sox pitcher Bill Lee won a First Place Award in the "Personality Profile" category of the 2017 New England Newspaper & Press Association Awards. It was also named "Best Feature Story" of the year by the New England Society of News Editors. Click on pic for the article. 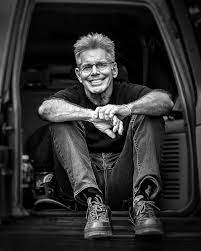 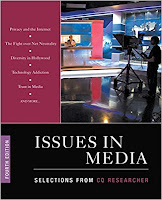 My article on "Media Bias" has recently been reprinted in the Congressional Quarterly Press book, "Issues in Media." (Click on the cover for more info.) 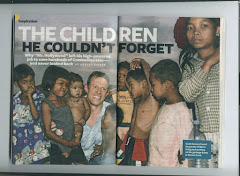 My article on humanitarian Scott Neeson was published in Reader's Digest. (Click on above photo for article.) A follow up here: https://scottneeson.com/2018/07/18/giving-children-a-chance/ 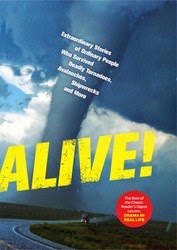 My article on a Norway polar bear attack is in "Alive!," published by Simon & Schuster. (Click on cover for more info.) 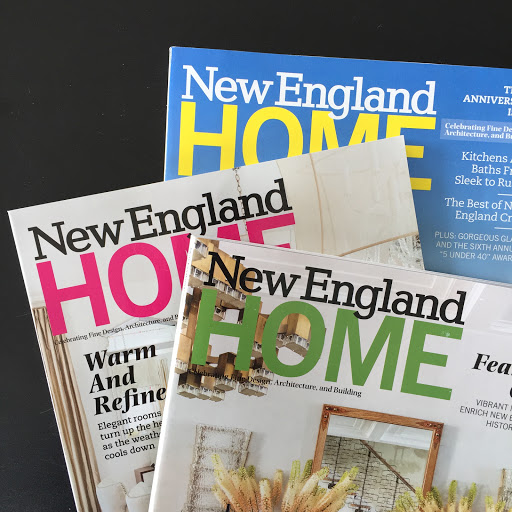 I have written for New England Home Magazine for more than a decade. Click on the pic above for a selection of my articles.

My article on Amsterdam's Rijksmuseum won first place in the 2016 Holland Press Awards, category "Best Dutch Icons Article." Click on the picture for the article. 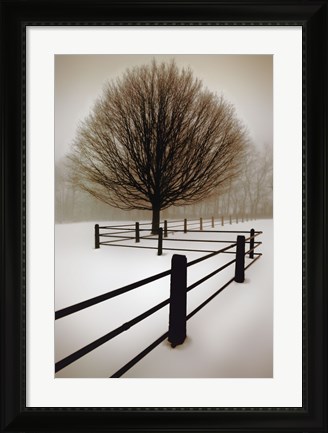 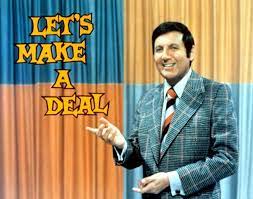 Ever wonder what "turnaround day" on a cruise ship entails?
Click here to find out.

My article on Purple Hearts Reunited has run in the U.S. and international editions of Reader's Digest. (Click on picture for story.) A follow up here: https://www.vfw.org/media-and-events/latest-releases/archives/2018/3/reuniting-purple-hearts-with-those-who-fought-bled-and-died 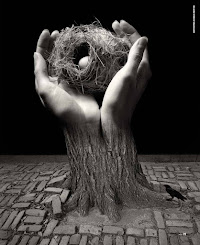 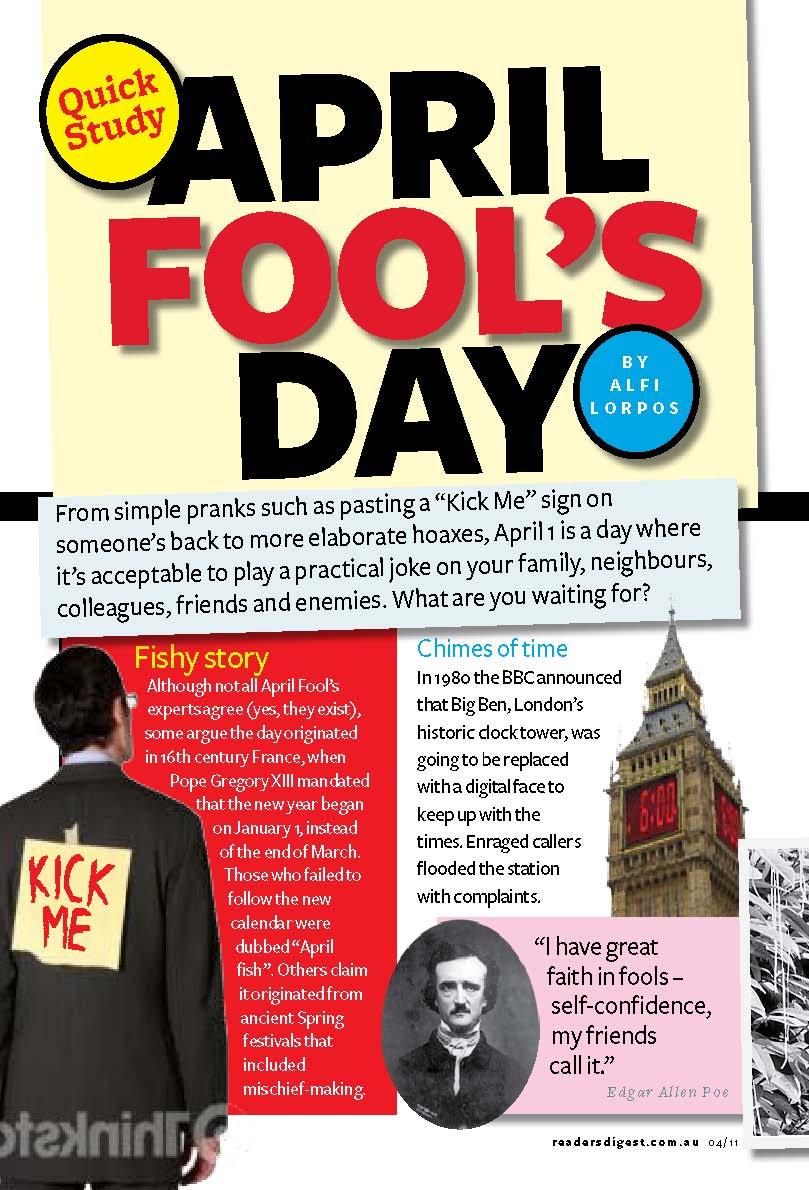 I have written numerous case studies for businesses and institutions. Click here for more information and sample case studies and here. 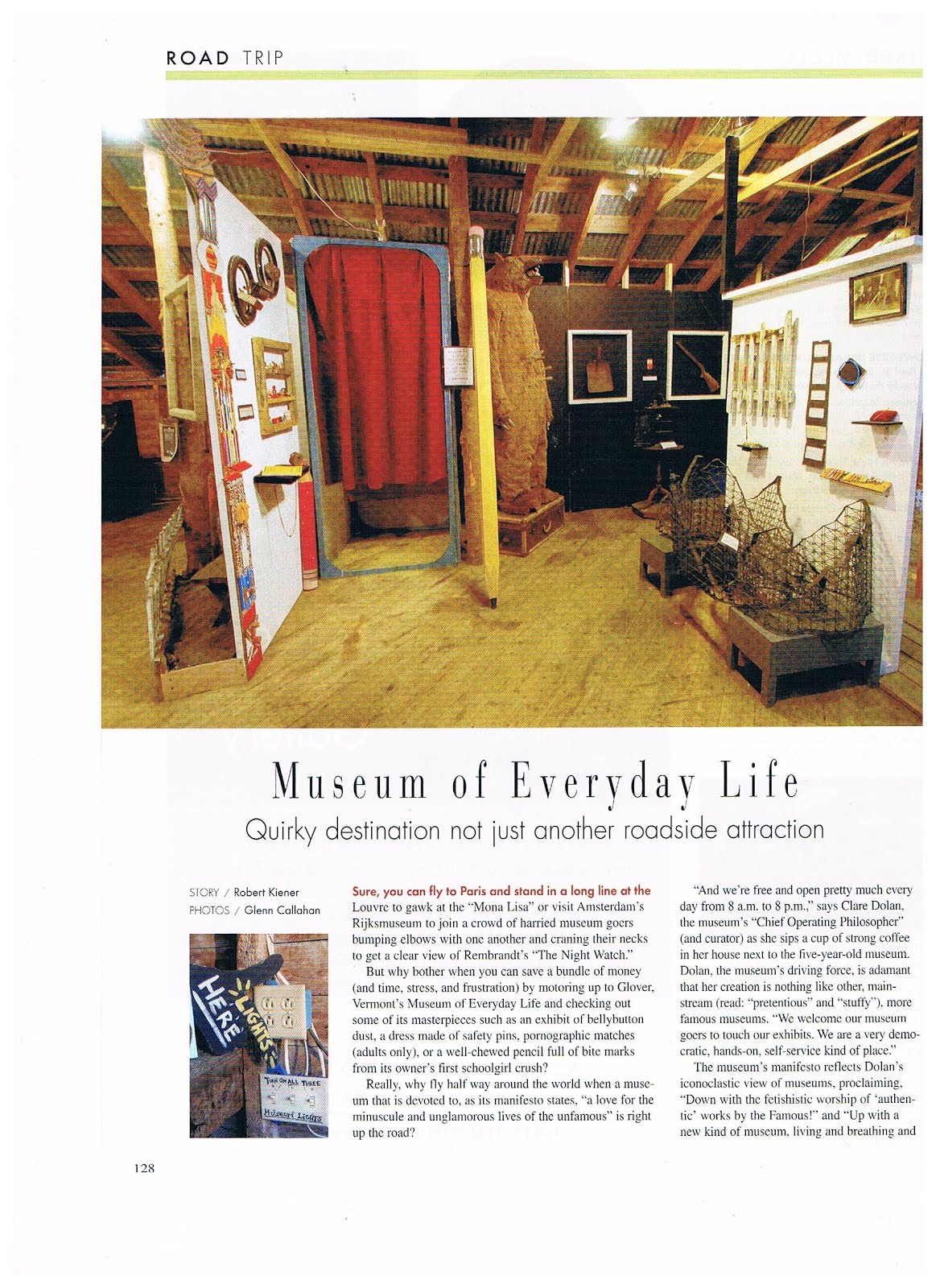 Click on the picture for a visit to a quirky, offbeat museum in Vermont's Northeast Kingdom. For my radio interview with Rudy Maxa on the museum go to https://rmworldtravel.com/podcasts/2017-2/13-may-2017-rudy-maxas-world-with-the-careys-cia-remote/ 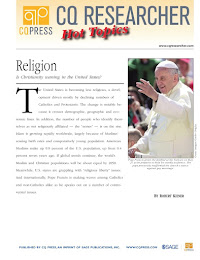 CQ Press has published my report on Religion. (Click on image above for more information.) 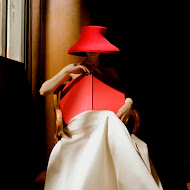 I am a huge fan of photographer Rodney Smith, who sadly recently passed away. Click on the picture for my article on him and his work. 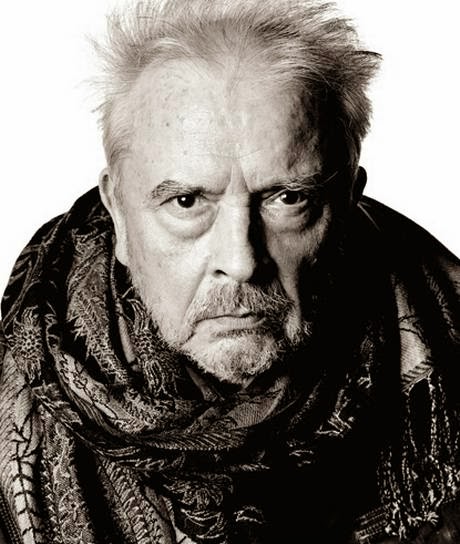 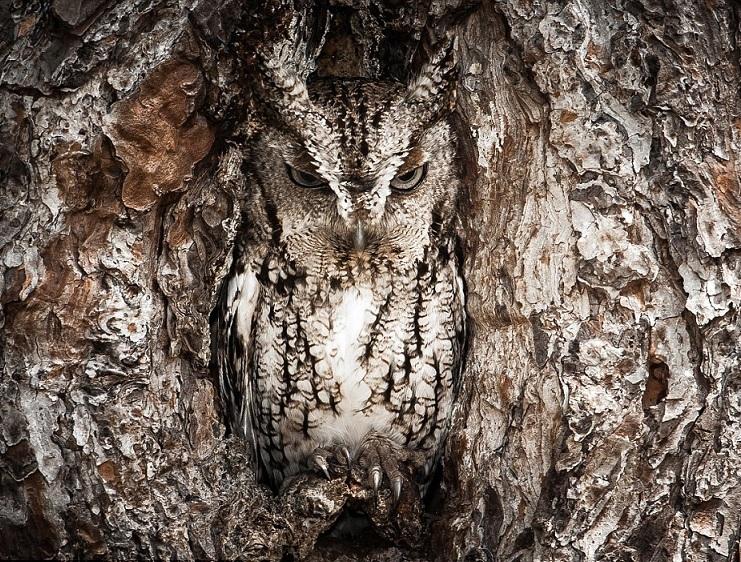 My article on wildlife photographer Graham McGeorge was published in Professional Photographer Magazine. Click on pic for full article.

My profile of photographer Lois Greenfield has been published by Professional Photographer Magazine. (Click on her picture for copy.) 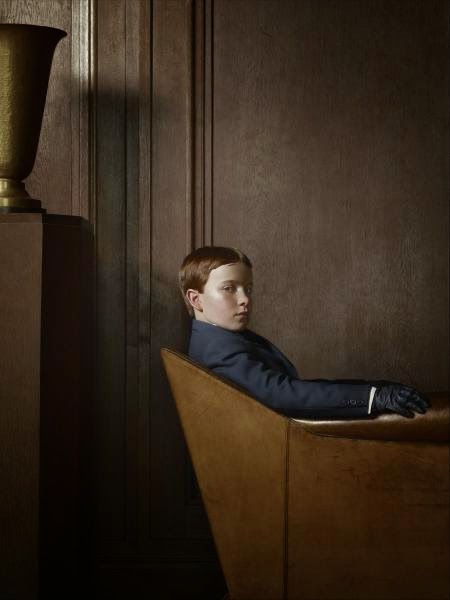 For my article on the Dutch photographer Erwin Olaf click on the picture. 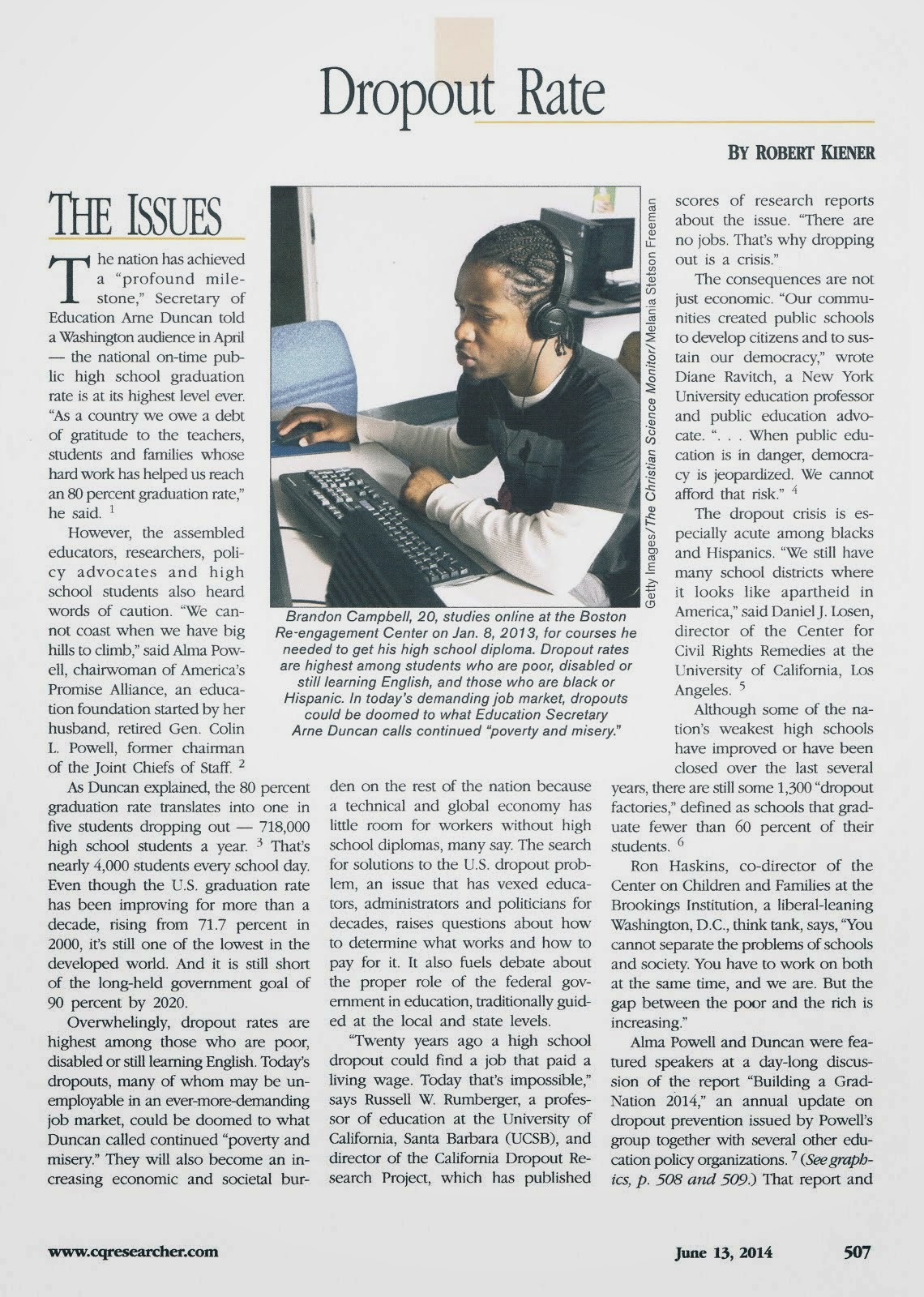 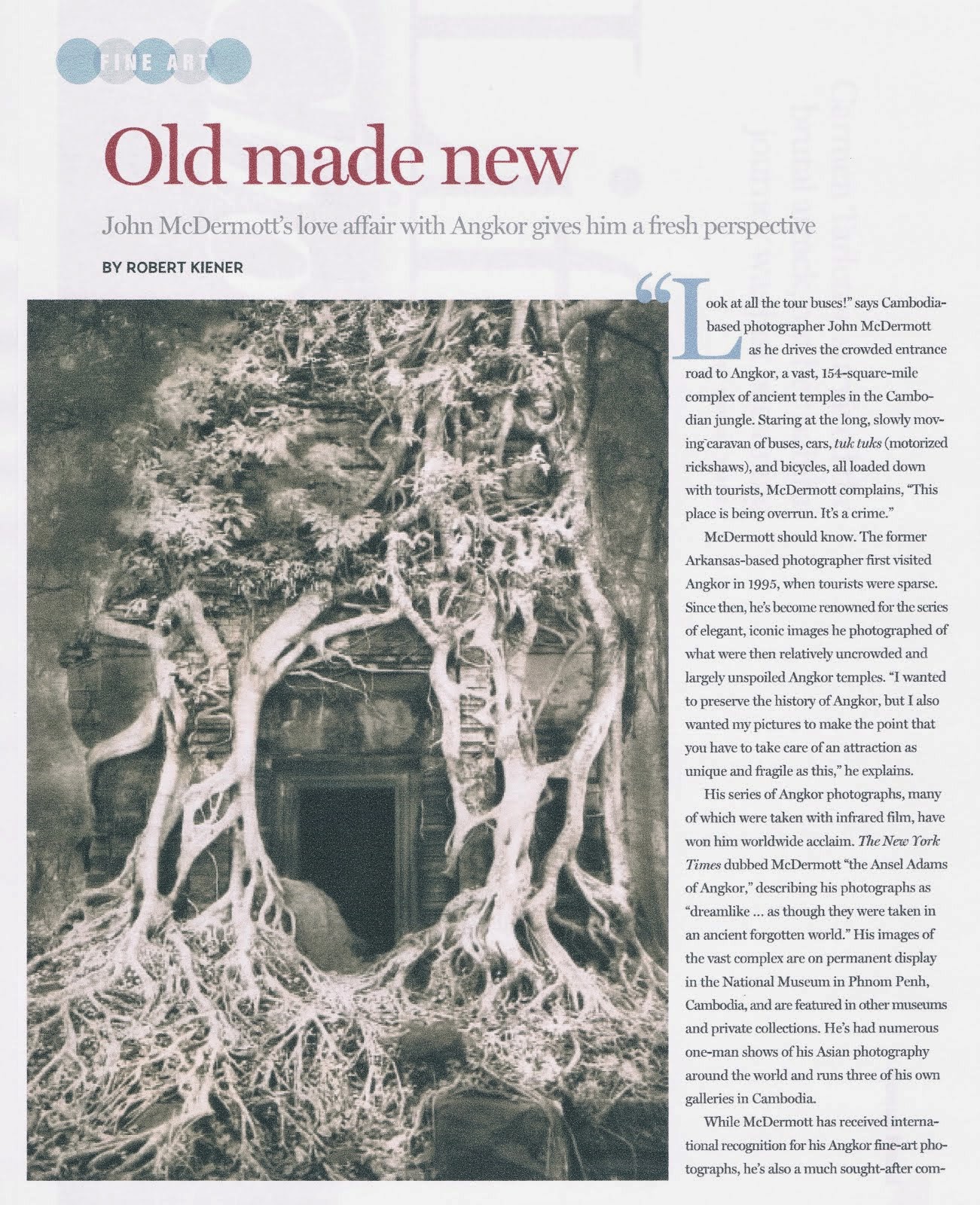 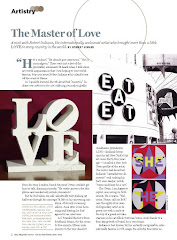 My article on Robert Indiana, New England Home Magazine. Click above for the article.,

My 10,000-word report on "The Future of Public Universities" was published on by CQ Press (Copyright CQ Press)

What My Clients Are Saying

"Like the best of writers, Robert Kiener is a skilled storyteller. We love the way he uses the power of narrative to tell our company's story to a busy, demanding audience. He's a pro."

"We wanted the best and that's what we got with Robert Kiener. His unique combination of investigative journalistic expertise and marketing savvy resulted in a perfectly targeted series of case studies."

"It was intriguing watching Robert Kiener as he discovered the essence of what we are about as a company and showed us how to express it in concise, effective, and elegant prose. "

These are just a few of the books that include Robert Kiener's non-fiction writing. He has written more than 50 chapters in non-fiction books published by companies such as Time-Life Books, Reader's Digest Books, Dorling Kindersley, St. Remy Press, Redefinition, U.S. News and World Report Books, etc. The topics range from 8,000-word chapters on Early Christianity to shorter pieces on baseball, Irish Literature, travel, international history, "Mysterious Places" and much more.

Robert Kiener regularly does radio interviews to promote his articles, including appearances on the BBC, CBC and USA-based radio stations. Click here for a travel-related interview he did with Rudy Maxa, the host of America's most widely syndicated travel talk radio show. And here https://rmworldtravel.com/podcasts/2015-2/august-29-2015-hour-1/ (at 11:28) and here: https://rmworldtravel.com/podcasts/13-may-2017-rudy-maxas-world-with-the-careys-cia-remote/